i am a barely-above-minimum-wage freelancer who lives (and works) on the open road and i am about to file my 2013 tax return. i didn’t sleep much last night because of a $3500 self-employment tax bill, which came as a complete surprise, that will leave me totally flat.

in desperation, i asked my facebook ‘friends’ for advice. their responses: buy turbotax, hire a professional, brush up on alternative minimum tax rules, create an S corporation…

not to impugn my friends (after all, it was i who solicited them) but, what?! their responses betray a failure in america that runs to its core.

i am not a company. i am not a corporation. i am not some entity. i am a person. who works. works gigs. works hard. and it infuriates me that i am unable to confidently, accurately, and honestly fulfill one of my most basic duties as a citizen without having to purchase expensive software or employ others’ help (often for a hefty fee). citizens vote and citizens pay taxes. i would expect that these foundational activities would rank amongst the most exemplary of our endeavors…simple, efficient, and transparent. accessible to all.

alas, no. elections are a mess and taxes are egregiously onerous. i might go so far as to call them both national embarrassments of a criminal sort.

rather than spending hours pouring over arcane IRS forms and instructions and publications and worksheets (which i have done — which perhaps you have done), i’d much prefer to be doing something productive. something constructive. something that creates value. something good for me and for my country. you know, like WORKING.

but when i don’t undertake to reduce my tax exposure, i feel like a chump (and when i try too hard, i feel like a cheat). so, when i discovered that a sizable portion of my paltry (at least by american standards) income and the last of my reserves were about to be forfeit to uncle sam, i felt compelled to do something. so, i started engaging in what has perhaps become the most american of enterprises: finding a way around. our tax system brings out the worst in us.

i consider myself to be of at least average intelligence. nevertheless, what i read confounded me and the harder i tried to understand, the worse i felt. the more i learned, the more i got a sense that there may be a ‘solution’ at the same time i was becoming increasingly aware that i was in way over my head. a heavy shadow began to consume me. the siren song of tax avoidance was robbing me off all that i have: this moment.

and then adele dazeem spoke to me:

actually, that isn’t quite true. but george michael is speaking to me right now: a video of him performing ‘freedom’ just started playing – somewhat ironically in this, the so-called last dictatorship of europe – at the minsk bar where i am presently present. “freedom. freedom. you’ve got to give what you take.”

how simple and how true. i haven’t paid taxes in years, legally, largely because i failed miserably as a entrepreneur and have accrued enough losses to last a lifetime (or at least through 2016). i’ve filed taxes as an llc, as an s corp, and as a c corp. i’ve carried forward net operating losses and disallowed passive losses (all losses. only losses). i’ve filed amended returns and extensions. i’ve filed schedules this and schedules that and forms whosit and forms whatsit. i’ve done as much as i could to pay as little as possible while preserving what i have come to expect. perhaps you’ve done the same.

america doesn’t have the corner on freedom. in fact, in my travels, i’ve come to believe that america doesn’t have the corner on much save pop culture (which is not insignificant). frankly, i’m not sure what america stands for anymore, and i’d like it if we worked on that. ‘proud’ is not the word that i use to describe what i feel about being an american, but i am damn glad to be one. so it makes little sense to me that i would go to extraordinary lengths to pay as little as possible to support the best thing i’ve got going in the way of citizenship. i expect great things of my country, so why should i mind if it expects great things of me?

so, i have decided to stop fighting. yes, there must be a better way and i exhort us to find it. but for now i shall render under to caesar what is caesar’s, unbegrudgingly, without reservation and without further ado. and i feel so free for it. 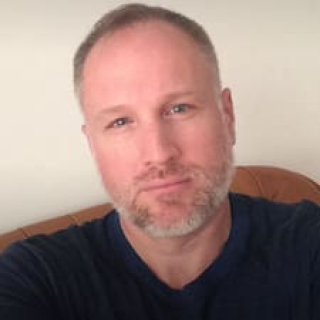